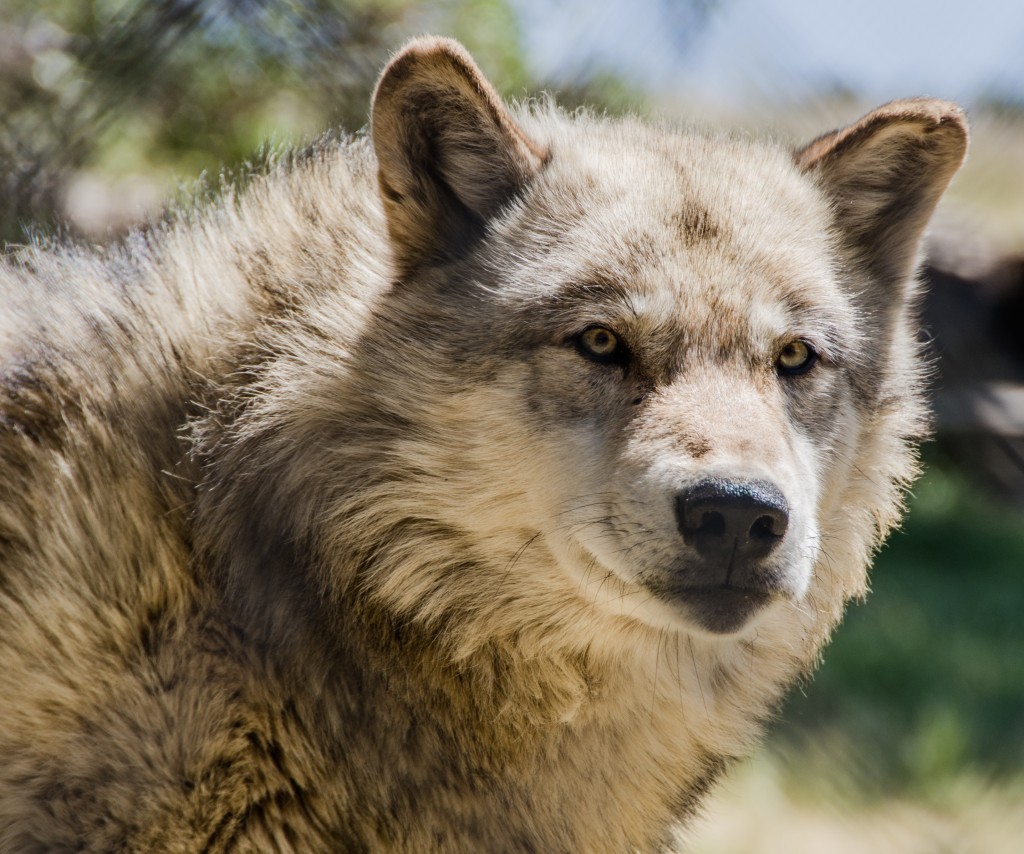 My growing fascination with the moon, my collaboration with Deborah Batterman, and our recent field trip to The California Wolf Center, have me pondering the moon as a muse. I realize there is no novelty here; my epiphany is mundane.

Yet I’m still enamored, still fascinated by the rocky, dusty, uninhabited ball that is a mere 2,000 miles in diameter, with a tiny circumference of 6,800 miles. Earth is about four times the size. Yet, according to Gail Gibbons in The Moon Book, the moon has been revered for countless centuries; thought to be a goddess, Diana, to the Romans–Selene to the Greeks. Selene was even thought to ride through the sky in a silver chariot. Gibbons says, “Some American Indian tribes believed the moon and sun were brother and sister gods.” Clearly I am not alone with my fascination.

Last Friday at the preserve, when I was reminded that myths and beliefs about wolves are generally wrong, I was disappointed to realize that wolves also do not actually howl at the moon. I like how a wolf looks when she is howling, when the snout is pointing up toward the sky, presumably responding to the power of the moon. I’ve been known to try it myself when the neighbors are in deep REM sleep. So it is not without a bit of mourning that I give up this long-held assumption about wolves and the moon. In fact, since they howl for scads of other reasons, a teensy part of me still believes that wolves feel and respond to the unmistakable pull of the moon; fulfilling some deep, ancestral longing by howling at it.

I’ve decided that the moon-as-muse idea works well when I consider that more than four centuries ago, in 1609, Galileo gave us the first sketches of the moon (there is a fascinating JPL scientist, Jane Houston Jones, who has been sketching the moon for about 20 years) and later was condemned by the Catholic Church for “vehement suspicion of heresy” (since his discoveries contradicted the church’s stated beliefs). The fact that he had to sacrifice his freedom over his beliefs about the cosmos; eventually being forced to recant some of them, leads me to believe that it is not a stretch to say that the moon may also have been his muse.

When I was seven or eight, my father briefly lived on a La Jolla cliff overlooking the Pacific Ocean. Sleeping in the massive downstairs living room with the giant windowed slider slightly open, I would fall asleep to the lulling timbre of the sea; the moon often reflecting its unique manifestation of the sun’s light onto the roiling water. My fascination grew into a craving…the kind that nothing else can fulfill. And now, with my muse finally refusing to be ignored, it all makes sense. Tonight you may find me, and a few mythical wolves, howling at the moon.

Words and photographs are the creation and property of the author/photographer, Britton Minor and The Jaded Lens Photography.

20 thoughts on “Howling at the Moon”