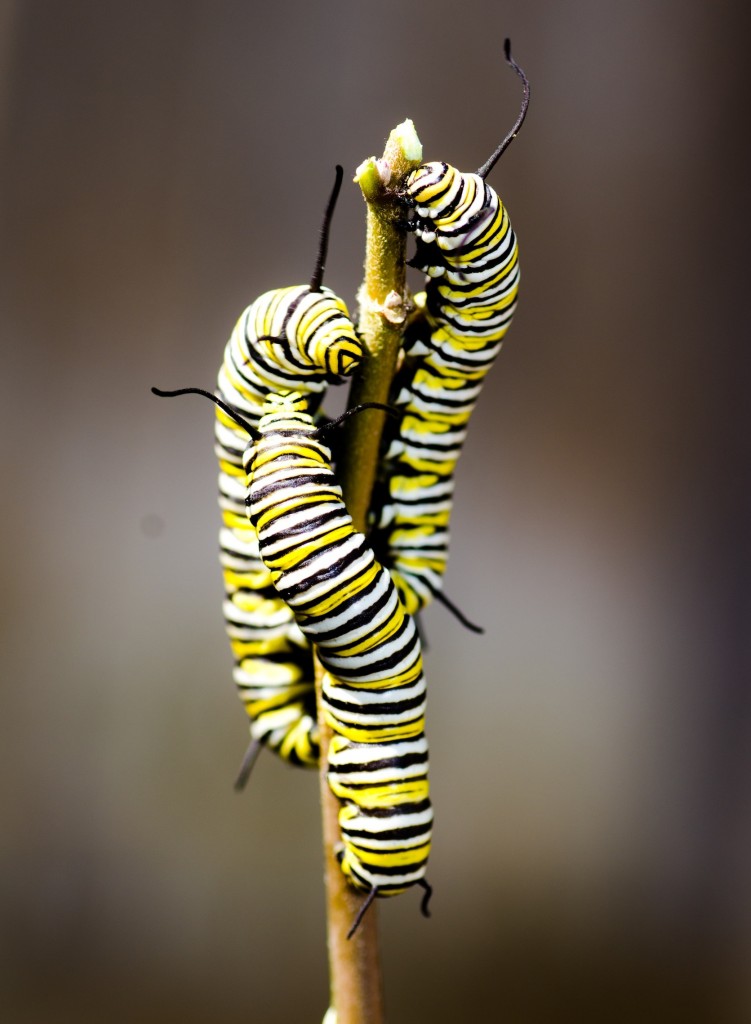 A gopher is eating my butterfly plants one tasty root at a time, so I get out my hammer and wait ever so patiently, earbuds blasting Rage Against the Machine for effect and motivation. While I am rocking out, evidently moving in such an unusual way that my neighbor, who thinks I can’t see him behind the dilapidated wooden fence boards, cannot take his eyes off me. Contrary to the logic of my somewhat “shy on stage” personality, I begin to gyrate to the sexual intensity of Zack de la Rocha’s energy, hyper aware of both the ironic fact that I find political rants anything but sexy, and also that my poor neighbor has been lonely so long that me undulating with a hammer is particularly cruel on so many levels.

Apparently my gopher dance has worked more than one miracle, and his destructive little head pops out just in time for me to compose myself, raise the hammer, and begin the swift and powerful descent necessary to knock him silly and save my caterpillars’ home. But my plan is flawed, as I should have known that headphones, an uncharacteristically sexy set of dance moves and sheer resolve would not be enough to help me get beyond just how cute the little guy is, and I accidentally pound a formerly healthy butterfly plant instead.