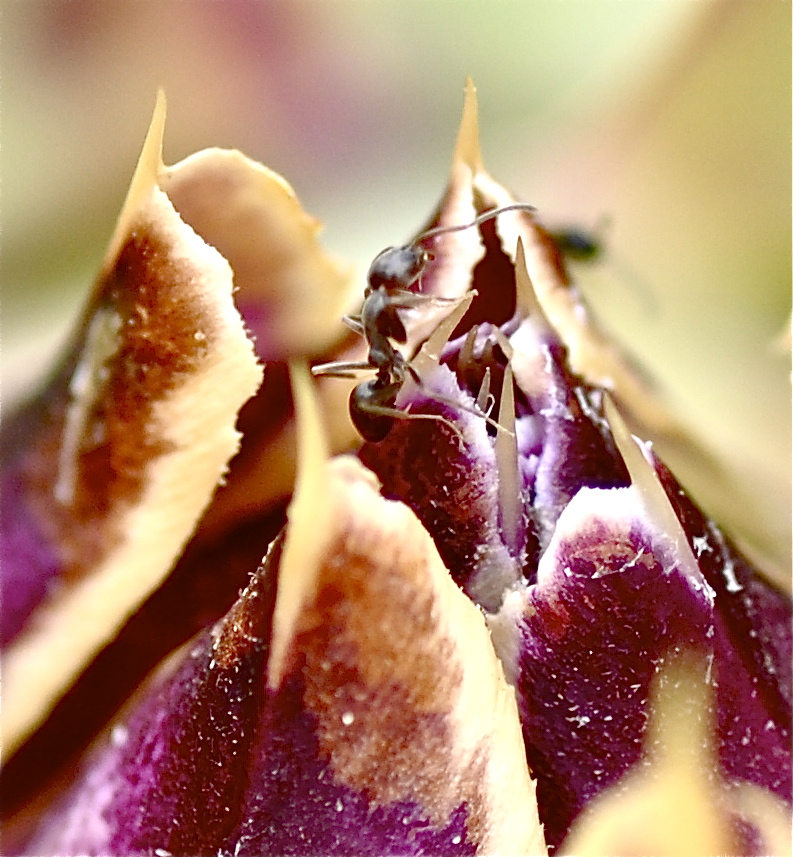 Over 12,000 species of these fascinating creatures. I hear they hold conventions in kitchens all over the world! Which got me thinking (always a sketchy endeavor) about just how many things might be missing from our kitchens without our knowledge. After all, an ant can lift 20 times its weight. Translated into something I can easily grasp, that means that my son, an average-sized second grader, would be able to abscond with a car–if he were an ant, that is. So you know all those times you just knew you had one more bite left? Right! Now you’re tracking with me. Mystery solved. Stop looking. It’s gone…taken to the sadistic queen ant and her minions.

And just in case you haven’t had your fill of ant trivia yet, did you know that ants don’t have ears? Of course you do. You’ve never seen one with ears, right? Me neither. It’s their feet that are crucial here, because that’s how they sense the vibrations they need in order to navigate their tiny world successfully. And finally, you didn’t really think that God created such tiny lungs did you? Ok, well, um, yes, so did I. But apparently, the ingenious body-map of the ant includes, instead, tiny holes all over their body in which they take in oxygen and also expel the carbon dioxide.

Still, I’m wondering about this guy at the top of the thistle. What’s up there, all the way in the sky, that he just had to have? If ants eat just about anything, what made him decide to climb so high, only to perch himself precariously among such sharp, poky thistle tips? It only took a second for me to put myself in his place, metaphorically of course you silly. Climbing. It’s what we do when we need a change, a new perspective, a fresh vantage point, a challenge. Sure there’s food at the bottom of the thistle, but this little guy apparently wanted more out of life so he decided to climb Thistle Everest to get it. Did he like what he saw there? I’m thinkin’ he did. I’m also thinkin’ that the oxygen whipping through those little holes in his body gave him quite a rush. He may have even wondered what the heck he was doing up there and how on earth he was going to get down. Perhaps the maniacal queen ant has a curfew, or even boundaries he crossed to get so high.

All right so I know that I’m doing that literary thing wherein an author allows animals to have human characteristics for the sake of an interesting read, and I realize that I’m doing it badly, but don’t miss my point: Have you taken in the view lately? Have you pushed your own boundaries and climbed a bit higher? Have you allowed the breeze to wash over you ?