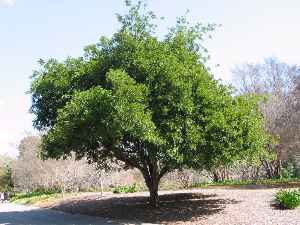 Unless she had camped there, climbed a certain tree, waited for Independence Day and known that being brutally honest with herself was the only viable direction, she would not have noticed any of it; couldn’t have discovered a single marvelous feature of their new home.

The day they chopped down the Carrotwood tree because it was cracking the decking around the pool, the sky was a cloudless blue and as the last few branches hit the ground she cried out from her perch in the upper bedroom where she had been watching the workers chip-chopping away, “The ocean – we have an ocean view!”

So it went, her fascination with living near the sea as she had always wanted to; the only possible thing missing being a passionate relationship (her marriage had lost that years before), the kind that makes you want to linger in bed, the kind that makes you forget about eating and sleeping and drinking, drunk and full and sated as you are with your, erm, activities.

July 4th found her lazy and blue; feeling as if she should want to go somewhere and watch the fireworks, should want to be festive and lively, but it wasn’t until the doorbell rang, the neighbors standing there with chairs asking if she minded them watching fireworks in her front yard, that she realized the excitement had unfathomably come to her.

She grew to love her home, despite the fact that she had hung nothing on the walls in two years, as if it were a temporary abode; nevertheless enjoying the regular sound of the train – another inadvertent discovery, in the distance and finally the day that, many days after asking her husband to leave, she discovered the church bells ringing in the distance, the glorious music of her new life ringing with them.